What’s so funny about Barack Obama? Apparently not very much, at least not yet.

On Monday, The New Yorker magazine tried dipping its toe into broad satire involving Sen. Obama with a cover image depicting the presumptive Democratic presidential nominee and his wife, Michelle, as fist-bumping, flag-burning, bin Laden-loving terrorists in the Oval Office. The response from both Democrats and Republicans was explosive.

Comedy has been no easier for the phalanx of late-night television hosts who depend on skewering political leaders for a healthy quotient of their nightly monologues. Jay Leno, David Letterman. Conan O’Brien and others have delivered a nightly stream of jokes about the Republican running for president – each one a variant on the same theme: John McCain is old.

But there has been little humor about Obama: about his age, his speaking ability, his intelligence, his family, his physique. And within a late-night landscape dominated by white hosts, white writers and overwhelmingly white audiences, there has been almost none about his race.

“We’re doing jokes about people in his orbit, not really about him.” said Mike Sweeney, the head writer for O’Brien on “Late Night.” The jokes will come, representatives of all the late-night shows said, as soon as Obama does or says something that defines him – in comedy terms.

“We’re carrion birds,” said Jon Stewart, host of “The Daily Show” on the Comedy Central channel. “We’re sitting up there saying ‘Does he seem weak? Is he dehydrated yet? Let’s attack.' ”

But so far, no true punch lines have landed.

Why? The reason cited by most of those involved in the shows is that a fundamental factor is so far missing in Obama: There is no comedic “take” on him, nothing easy to turn to for an easy laugh, like allegations of Bill Clinton’s womanizing, or President Bush’s goofy bumbling or Al Gore’s robotic persona.

“The thing is, he’s not buffoonish in any way,” said Mike Barry, who started writing political jokes for Johnny Carson’s monologues in the waning days of the Johnson administration and has lambasted every presidential candidate since, most recently for Letterman. “He’s not a comical figure,” Barry said.

Jokes have been made about what Hillary Clinton really thought about Obama during the primary campaign, and about the vulgar comments the Rev. Jesse Jackson made about him last week. But anything approaching a joke about Obama himself has fallen flat.

When Stewart on “The Daily Show” recently tried to joke about Obama changing his position on campaign financing, for instance, he met with such obvious resistance from the audience, he said, “You know, you’re allowed to laugh at him.” Stewart said in a telephone interview on Monday, “People have a tendency to react as far as their ideology allows them.”

There is no doubt, several representatives of the late-night shows said, that so far their audiences (and at least some of the shows’ writers) seem to be favorably disposed toward Obama, to a degree that perhaps leaves them more resistant to jokes about him than those about most previous candidates.

“A lot of people are excited about his candidacy,” Sweeney said. “It’s almost like: ‘Hey, don’t go after this guy. He’s a fresh face; cut him some slack.' ”

Justin Stangel, who is a head writer for “The Late Show With David Letterman,” disputed that, saying, “We always have to make jokes about everybody. We’re not trying to lay off the new guy. ”

But Barry said, “I think some of us were maybe too quick to caricature Al Gore and John Kerry and there’s maybe some reluctance to do the same thing to him.”

Of course, the question of race is also mentioned as one reason Obama has proved to be so elusive a target for satire.

“Anything that has even a whiff of being racist, no one is going to laugh,” said Rob Burnett, the executive producer for Letterman. “The audience is not going to allow anyone to do that.”

The New Yorker faced a different kind of hostility with its cover this week, which the Obama campaign criticized harshly.

A campaign spokesman, Bill Burton, said in a statement that “most readers will see it as tasteless and offensive – and we agree.”

Asked about the cover at a news conference Monday, McCain said he thought it was “totally inappropriate, and frankly I understand if Sen. Obama and his supporters would find it offensive.”

The cover was drawn by Barry Blitt, who also contributes illustrations to The New York Times editorial page. David Remnick, the editor of The New Yorker, said in an e-mail message, ``The cover takes a lot of distortions, lies, and misconceptions about the Obamas and puts a mirror up to them to show them for what they are.

''It’s a lot like the spirit of what Stephen Colbert does – by exaggerating and mocking something, he shows its absurdity, and that is what satire is all about.``

But Colbert has thus far failed to engage Obama as a target of his comedy.

Stewart, who is also an executive producer of ''The Colbert Report,“ said that the Obama campaign’s reaction to The New Yorker cover seemed part of what is now almost a pro forma cycle in political campaigns. ”Nothing can occur without the candidate responding,“ he said. ”We put people in a crazy box. They might be truly offended by it, but the reaction is part of the standard digestive process.``

Bill Maher, who is host of a politically oriented late-night show on HBO, said ''If you can’t do irony on the cover of The New Yorker, where can you do it?``

One issue that clearly has some impact on writing jokes about Obama is a consistency among the big late-night shows. Not only are all the hosts white, the vast majority of their audiences are white. ''I think white audiences get a little self-conscious if race comes up,‘` Sweeney of O’Brien’s show said.

Things might be somewhat different if even one late-night host was black. Black comics are not having any trouble joking about Obama, said David Alan Grier, a comedian who, starting in October, will have a satirical news magazine show on Comedy Central, ''Chocolate News.``

''I tell jokes on stage about him,`` Grier said, reciting a few that would not ever get onto a network late-night show (nor into The New York Times).

But he said of the late-night hosts, ''Those guys really can’t go there. It’s just like the gay comic can do gay material. It comes with the territory.“ Still, he said, he has no sympathy for the hosts. ”No way. They’ve had 200 years of presidential jokes. It’s our time.``

Jimmy Kimmel, the host of the ABC late-night talk show ''Jimmy Kimmel Live,“ said of Obama, ”There’s a weird reverse racism going on. You can’t joke about him because he’s half-white. It’s silly. I think it’s more a problem because he’s so polished, he doesn’t seem to have any flaws.``

Maher said that being sensitive to Obama was in no way interfering with his commentary, though on HBO he has more freedom about content than other comedians. ''There’s been this question about whether he’s black enough,“ Maher said. ”I have this joke: What does he have to do? Dunk? He bowled a 37 – to me, that’s black enough.``

Kimmel said, ''I think his ears should be the focus of the jokes.``

Mostly the late-night shows seem to be in a similar position. ''We’re just waiting,“ said Eric Stangel, who like his brother is a head writer on the Letterman show. ”There hasn’t been a lot of frame of reference about Obama yet, not like Hillary or McCain. But there will be.``

The show’s producer, Burnett said, ''We can’t manufacture a perception. If the perception isn’t true, no one will laugh at it.`` 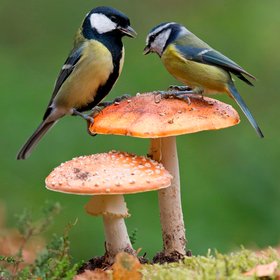 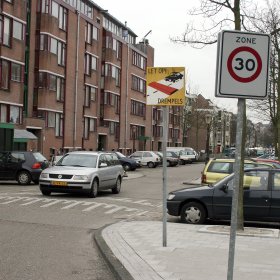