Sixteen years ago, the most influential campaign speech of the last two decades was delivered at a hotel ballroom in Washington.

It wasn’t broadcast on television and only a few hundred Americans heard it in its entirety. But when presidential candidate Bill Clinton appeared at the Rev. Jesse Jackson’s Rainbow Coalition on June 13, 1992, and attacked an obscure rapper named Sister Souljah it fundamentally changed the popular perception of the Democratic Party.

Standing only a few feet from Jackson, Clinton excoriated the young rapper, who had said: “If black people kill black people every day, why not have a week and kill white people.” Clinton declared, “if you took the words white and black and reversed them, you might think David Duke was giving that speech.”

His words were crucial in recasting the image of the Democratic Party. For years, Democrats had been perceived as captives to a host of special interest groups, from labor and teachers unions to women’s and gay rights groups.

But none were seen as more influential, and in many respects, as damaging to the party than African-Americans and their titular leader, Jackson. Today, as the Republican Party has become increasingly captive to its own collection of conservative special interest groups, the lesson of the Sister Souljah speech is one that the party needs to eagerly embrace.

When Clinton delivered his speech, Democrats were facing a credibility gap with voters: Economic liberalism and government activism had become inextricably linked in the minds of millions of Americans to racial liberalism and identity politics – a linkage exploited by a generation of Republican politicians.

From Richard Nixon’s law and order campaign in 1968 and Ronald Reagan’s rhetorical attacks on welfare queens to the odious Willie Horton ad in 1988, the GOP had used coded language to exploit the nations racial fears and argue that Democrats were more attentive to their compendium of liberal interest groups than the middle class they once championed.

Yet, with just a few words, Clinton’s “Sister Souljah moment” showed that he was willing to take on the party’s sacred cows and speak candidly to even the most entrenched party constituencies. The effect was palpable; in the words of one Philadelphia working-class voter, “the day he told off” Jesse Jackson “is the day he got my vote.”

Over the next eight years, Clinton would not only eliminate the party’s exposure to racial polarization, but by tackling welfare reform, crime and government spending he neutralized the party’s greatest vulnerabilities with white middle-class voters.

At the same time, he defended affirmative action programs and pursued progressive economic and educational policies that did more to improve the lives of millions of African-Americans than 20 years of Democratic racial pandering.

Today, polls suggest that the American electorate prefers the Democratic Party on virtually every major domestic issue. If Barack Obama wanted to slap down a politically unhelpful liberal interest group he’d be hard pressed to find one.

The same, however, cannot be said of the Republican Party and John McCain, and here is where Republicans could learn a great deal from Bill Clinton. As social conservatives, foreign policy neo-conservatives and anti-tax and pro-business voices have come to dominate the GOP coalition, the Republican Party has become as closely linked, both politically and in terms of policy, to their special interest groups as Democrats were to theirs in the 70s, 80s and early 90s.

John McCain’s political evolution, or possibly devolution, during the last eight years speaks volumes about the hold of these special interests. During his 2000 race for the Republican nomination, McCain openly derided the religious leaders Jerry Falwell and Pat Robertson, as agents of intolerance.

Today, he actively seeks the support of such far right religious figures and has delivered a number of major speeches in recent weeks that narrowly appeal to social conservative audiences, on topics from defending religious freedom to attacking activist judges.

In 2001 and 2003, McCain voted against the Bush tax cuts, but today he apes the supply-side economic theory and militant anti-tax orthodoxy of Grover Norquist and Club for Growth. Like Walter Mondale and Michael Dukakis in the 1980s, McCain has demonstrated little choice but to embrace the policy agenda of his party’s most prominent interest groups.

His fealty to these groups not only limits his political mobility, but it also threatens his once unimpeachable reformist image. In 2000, John McCain declared of Republicans: “we are the party of Theodore Roosevelt, not the party of special interests.”

But Roosevelt split from the GOP because of its growing identification with the nations business trusts and its abandonment of progressive values. If McCain were the true descendant of Roosevelt, he would be running against the modern Republican Party and its special interests.

In the short-term McCain’s moves may seem like smart politics; lock up the conservative base and spend the summer and fall reaching out to moderate voters. But as a generation of Democrats can testify, once the party gets into bed with its special interest groups it’s not easy to end the relationship.

As loath as it might be for John McCain, taking a page from Bill Clinton and delivering the type of speech he gave 16 years ago cannot come soon enough. 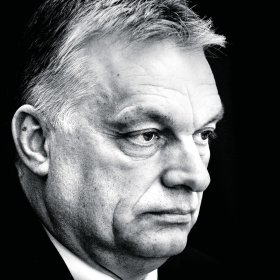