If Barack Obama is elected president, a good chunk of credit should go to Oprah Winfrey. Her early and enthusiastic endorsement of Obama – and her heavily attended appearances with him in Iowa and South Carolina – played a big role in winning over bit parts of Middle America to the Obama cause. Winfrey has since faded into the background of the campaign, but her impact persists – perhaps nowhere more than in Monday nights speech by Michelle Obama.

It was one of the most important speeches of the convention – far more so than the crowd-pleasing valedictory of Sen. Edward M. Kennedy the same night. The campaign still has a significant selling job to do with Michelle Obama, who has been repeatedly baited by Republicans as angry, hostile to whites and un-American. Obama did an admirable job of turning back the right-wing assault – and she did it with an Oprah script:

SENTIMENT IS MORE IMPORTANT THAN POLITICS One reason Winfrey’s endorsement of Obama was so unusual is that with few exceptions, she has stayed away from politics. What she sells on her television show and in her magazine, for the most part, are sentiment, good feeling and self-improvement.

In her speech, Michelle Obama made the major theme family – a very sweet version of family. She began with her brother, whom she described as “watching over me.” She moved on to the sustaining love of her mother and her late father, and then to her husband and children. Doting wife and mother may be the role Americans have come to expect from their first ladies, but it was laid on heavily.

Michelle Obama has always talked a good deal about her family, but she has done so with a refreshing tartness. It was not love at first sight with her husband. When he first began asking her out, she has said, she refused, concerned it would interfere with their work. She has talked about being the taskmaster in the Obama household, doling out assignments and keeping the girls on the straight and narrow. Those more piquant notes were left out Monday night.

LIFE IS ABOUT TRIUMPHING OVER ADVERSITY Winfrey, who has spoken often of being a childhood sexual abuse victim, has emphasized the importance of rising above difficult circumstances. It is one of her favorite themes in life and literature. Michelle Obama has a lot to be proud of, and her speech emphasized the struggle. She described herself as “raised on the South Side of Chicago by a father who was a blue-collar city worker.”

Perhaps since her own rise has been so steady, she recounted her father’s difficulties in detail. He battled multiple sclerosis in his 30s, she said, struggled to button his shirt, and used “two canes to get himself across the room to give my mom a kiss.”

KEEPING A GRATITUDE JOURNAL Winfrey has had a lot to be unhappy about over the years, from the early abuse, to racism during her childhood in the Jim Crow South, to obstacles of more recent vintage. Her advice has always been not to dwell on the negative, but to keep a journal of everything one is grateful for. So it was with Michelle Obama Monday night. The comments she has at times made about Americas flaws – refreshingly candid perhaps, but also politically maladroit – were deleted. In their place was a whole section on “Why I Love This Country.”

THE 'OPRAH MOMENT’ Obama’s speech ended with an “Oprah moment.” As a surprise – and as those free-car winners can attest, Winfrey loves surprises – Barack Obama appeared from a remote location (in a swing state), and bantered with the family. “How do you think Mommy did?” It was quintessential Oprah.

There is, of course, a reason Winfrey is so popular. Her story lines are ones that resonate strongly with many Americans – and non-Americans. Through those themes, Winfrey may do as much for Michelle Obama as she has already done for Barack Obama. 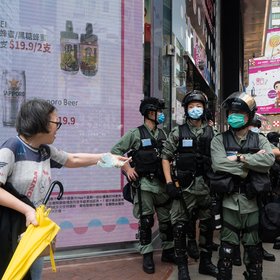 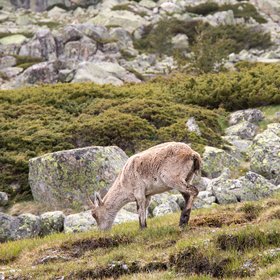