The reviews of the first leg of Barack Obama’s foreign trip are in and The Times’s Richard A. Oppel Jr. and Jeff Zeleny note that the presumptive Democratic nominee seems to have emerged from his vists to Iraq and Afghanistan “without a noticeable hitch,” and further, that he may have “gained a new opportunity to blunt attacks on his national security credentials by his Republican rival in the presidential race, John McCain.”

Even though they are separated by thousands of miles and several times zones, McCain has not reserved his criticism, saying on Monday that Obama has been “completely wrong” on the war, according to a report from The Times’s Elisabeth Bumiller:

McCain’s strategy during Obama’s weeklong tour of Kabul, Baghdad, London, Paris and Berlin is to hit at Obama, the presumptive Democratic nominee, as too green to be commander-in-chief – he has had “no military experience whatsoever,” McCain told reporters – and for opposing the troop escalation that has helped lead to more stable conditions in Iraq. Those are the very conditions, McCain argued, that made it possible for Obama to travel to Iraq in the first place.

Today Obama opens the second phase of his trip in Amman, Jordan, where he will meet with King Abdullah and hold a news conference.

As The Times’s Jeff Zeleny reports the Illinois senator will speak on Wednesday with Israeli President Simon Peres and Prime Minister Ehud Olmert. Then, he will go to the West Bank to meet with Palestinian President Mahmoud Abbas in Ramallah.

The Times’s Michael Slackman and Isabel Kersher listened to dozens of voices in the Arab world, many of whom came to the same conclusion about what an Obama (or McCain) presidency would mean: “the United States will ultimately support Israel over the Palestinians, no matter who the president is. That presumption promoted a degree of relief in Israel and resignation here in Jordan and in Israels other Arab neighbors.”

Elsewhere on the campaign trail yesterday, the McCain campaign went on the air with a new ad taking direct aim at Obama over high gas prices. The Times’s Larry Rohter fact-checks the new television ad.

‘`The Washington Post’s Libby Copeland profiles Cindy McCain and takes a closer look at her role in her husband’s presidential campaign. Here’s an excerpt:

“She’s been a candidate’s wife for almost the entire course of her 28-year marriage. She looks perfect for the part. The perfection of Cindy McCain is a theme that repeats itself in interviews with those who know her – this woman who hid her drug addiction from her husband for years, who fought her fear of campaigning via small planes by getting her pilot’s license without telling her husband. There’s a slight self-consciousness in her manner – some combination, perhaps, of guardedness and careful manners and the learned posture of a child dancer. It’s there in the way she keeps her hands folded close to her body, as if she’s pondering where they should go, or trying not to take up too much space.”

The Post’s Krissah Williams Thompson talks to some prominent young Republicans about their view of the election. For many, they see the outlook as dim.

Veepstakes: The Politico’s Jonathan Martin hints that McCain may be very close to making a decision on his running mate, but he is likely to hold off on making an announcement. One man who is reported to be on McCain’s short list of vice presidential candidates is Louisiana Gov. Bobby Jindal, who McCain will meet with on Wednesday, according to the Washington Post’s Chris Cillizza. 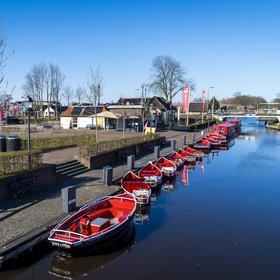 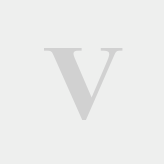