Another in a series of conversations between Times columnists David Brooks and Gail Collins. In this one, they discuss the impact of Cindy McCain and Michelle Obama.

Gail Collins:David, I’ve just been perusing the Newsweek cover story on Cindy McCain, who certainly seems like a nice person. But reading about her battle with an addiction to painkillers, I must say I’m always amazed at the number of super-important men who manage to not notice that their wives have become alcoholics or drug abusers. Which would not be strange except that the very same wives are always described as their best friend and closest adviser. (Remember Michael and Kitty Dukakis?)

Other than that, I don’t believe candidates’ spouses have any real effect on an election unless they are:

B.) reflecting some characteristic that they’re really worried about in the candidate.

My spouse says he agrees. How about yours?

As a result, I’ve always felt political couples are bound by a joint delusion. They are both so nutso beyond the bend as to believe that one of them should be leader of the free world.

It’s useful, therefore, to look at spouses carefully when judging a candidate, even though I agree as a matter of analysis, that in fact the behavior of a spouse rarely influences an election (even in the case of Teresa Heinz Kerry, who, because she was born and raised in Mozambique, would have been the first African-American first lady).

In the last four administrations, first ladies have:

A.) always been powerful and

B.) always been much tougher than the softie they married.

Nancy Reagan lowered the ax on people her husband never would have fired. Barbara Bush was as cold a presence in American life as any major public personality (don’t believe the public granny image – a complete con). Hillary Clinton could bear a grudge in the way Bill couldn’t. Laura Bush is chilly, even to George W.'s long-time aides.

All of which is a lead-up to say Michelle Obama and Cindy McCain deserve the closest of scrutiny. I’ve never interviewed Michelle, but my impression upon meeting her is that she’s one of the most physically imposing people I’ve ever encountered. She is an impressive presence in a way even her husband isn’t.

Cindy McCain is a remarkable story. When I started covering the McCain 2000 campaign (long before he caught on), she was shy and reserved. It was sometimes painful to watch her at public events. Now she is assertive and confident – an amazing turnaround.

So here’s to more Newsweek covers on the spouses.

Addicts are good at hiding these things, and furthermore, people in public life are not exactly consumed by family life. They wouldn’t spend years on the road if they had tremendous interest in domestic affairs (their own).

Gail Collins: David, Thank you for reminding me that Mrs. Heinz Kerry insisted at one point that her childhood in Mozambique made her an African-American. Those are the moments that perk up the life of a journalist during a long presidential campaign.

If your theory is that first ladies are all intimidating, it looks good for the Democrats. I agree that Cindy McCain has blossomed, but I still can’t envision her terrifying the Cabinet.

And if it’s true, it would be because the job of candidate’s wife is so completely impossible that only a woman with a will of steel could get through it in one piece. Bill Clinton’s strange outbursts during the campaign have been blamed on everything from rampant ego to a post-heart-surgery personality change. But I always thought they were the natural explosions of a man who only knew how to run for president, trying to master the soul-destroying job of running for presidential spouse.

I’m sticking to my original conviction, though. We’ve had a couple of first ladies who affected policy in a negative way, by being overprotective of failing spouses (Edith Wilson, Nancy Reagan). And we’ve had a couple who captured the American imagination in a way that made them significant in their own right (Frankie Cleveland, Jackie Kennedy).

But the only two who had a real impact on policy in the White House were Eleanor Roosevelt and Hillary Clinton. This is not to say the others weren’t useful or helpful or interesting. I could tell you some stories about Mrs. Benjamin Harrison ... 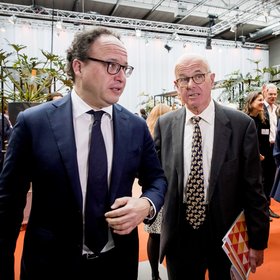 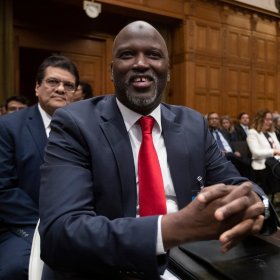 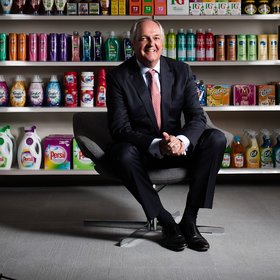