ON THE EVE OF THE CONVENTIONS

As Barack Obama’s policies seem to shift to the right, his base on the left feels betrayed. New Yorker illustrator Steve Brodner asks whether pragmatism must trump idealism in a bid for the White House. The Naked Campaign series, co-produced by Gail Levin. Newyorker.com.

Barack Obama’s reactions to the Russia/Georgia conflict help reveal the candidate and his prospective foreign policy to an international audience of U.S. election-watchers. Alison Smale. The International Herald Tribune.

The guessing-game about who will be Barack Obama’s running mate continues until at least Saturday, Aug. 23, when he travels to Springfield, Ill., where he began his presidential quest. Accompanying him is likely to be one of these short-listers: Sen. Evan Bayh, Sen. Joseph Biden, Sen. Hillary Clinton, Gov. Tim Kaine or Gov. Kathleen Sebelius. Photographers from The New York Times.

Choosing a running mate, and timing the announcement, is the topic of discussion with Adam Nagourney and other political editors and correspondents from The New York Times, hosted by Sam Roberts.

Up-to-the-minute contributions, most in color, from editorial cartoonists in The Netherlands and the United States.

The Barack Obama running-mate sweepstakes generates suspense and massive publicity as a build-up to the Democratic convention on Monday, Aug. 25, in Denver, Colo. Meanwhile John McCain is considering his own choices. By Michael Falcone. Nytimes.com/politics.

THE CONVERSATION: STATE OF AFFAIRS

New York Times columnists David Brooks and Gail Collins discuss whether there are any lessons to be learned from the John Edwards’ affair before it recedes into history. Nytimes.com/campaignstops.

John McCain invokes President Teddy Roosevelt as a personal hero. To one student of Roosevelt, however, McCain sorely fails to measure up to TR. By Timothy Egan. Nytimes.com/opinion.

WHAT DOES OBAMA HAVE IN COMMON WITH FREDERICK DOUGLASS?

Like the 19th century abolitionist Frederick Douglass, Barack Obama crafts his speeches by “seeking out the proper balance between what is right and what is possible.” By Michael Cohen. Nytimes.com/campaignstops.

The Democratic Party platform’s language on abortion has been spun as an olive branch to evangelicals, a significant departure from past policy, and a victory for the opponents of abortion rights. By Judith Warner, columnist for Nytimes.com/opinion.

HOW OBAMA DID IT

A WEEKEND IN DENVER ... AND IN MINNEAPOLIS-ST. PAUL

The host cities for the Democratic and Republican conventions can inspire visitors long after the red, white and blue bunting comes down. Eric Wilson and David Carr of The New York Times Travel Section respectively spell out how to make the most of a nonpolitical agenda in Denver or the Twin Cities.

An interview with Barack Obama about his economic policy. “My core economic theory is pragmatism,” the candidate says, “figuring out what works.” David Leonhardt draws out the details for The New York Times Magazine.

The most under-recognized weapon in the Barack Obama campaign arsenal may be the text message as a reminder, a nudge, a call to arms, or to vote. By Garrett M. Graff. The New York Times Op-Ed page.

By ancestry, John McCain is a Scots-Irishman. By Anatol Lieven. Prospect magazine.

THE WRONG FORCE FOR THE RIGHT WAR

Barack Obama and John McCain have plenty of disagreements, but one thing they are united on is promising a troop surge in Afghanistan. By Bartle Breese Bull. The New York Times Op-Ed. 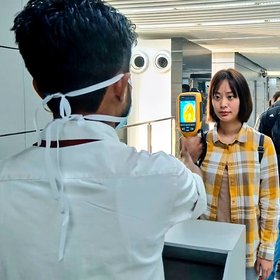