WINNING THE WHITE HOUSE, ONE LAPEL AT A TIME

Though John McCain and Barack Obama call small donors the heart of their campaigns, big-money “bundlers,” often from industries with interests in Washington, strong-arm the $1,000-plus contributors. The New York Times photographers.

A discussion of campaign events with political editors and correspondents from The New York Times, hosted by Sam Roberts.

Up-to-the-minute contributions, most in color, from editorial cartoonists in Japan, Russia, the United Kingdom and the United States.

LOOKING FOR V.P. CLUES IN PENNSYLVANIA

THE DEMOCRATS AND NATIONAL SECURITY

Americans have long trusted the views of Democrats on the environment, the economy, education, and health care, but national security is the one matter about which Republicans have maintained what political scientists call “issue ownership.” By Samantha Power. The New York Review of Books.

The most under-recognized weapon in the Barack Obama campaign arsenal may be the text message – as a reminder, a nudge, a call to arms or to vote. By Garrett M. Graff. The New York Times Op-Ed page.

The purpose of a party platform is pandering, but it is pandering of a particular sort. Much of it is written in code, lest it fall into the wrong hands. By Michael Kinsley. The New York Times Op-Ed page.

Nearly everyone in the Democratic Party seems to think that officially entering Hillary Clinton’s name into a roll-call vote for the presidential nomination at the Democratic National Convention would be a dangerous show of disunity. By Michelle Cottle. The New York Times Op-Ed page.

Barack Obama and family will be making the rounds on even more covers once the September issues of monthly magazines hit newsstands. First, the entire family will appear on the cover of Essence for an upbeat story by PBS newswoman Gwen Ifill. The magazine “The Obamas pride themselves on creating a family picture that is authentically black with shades of Norman Rockwell,” Ifill summarizes. By Stephanie D. Smith and Irin Carmon. Women’s Wear Daily. 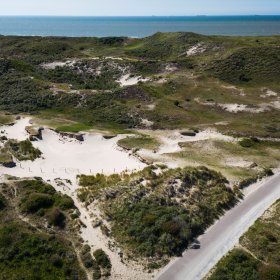