DENVER – Welcome to the season of the bounce.

Over the next two weeks, the Obama and McCain campaigns – along with journalists, and with strategists in both parties – will seize on every poll in search of clues about how much lift Senators Barack Obama and John McCain will derive from their vice presidential choices and their party conventions.

If one needed any proof that a war of perceptions is in the offing, look no further than a memorandum that McCain’s campaign distributed last week, arguing that Obama should expect what would be a record-shattering 15-percent bump in the polls once he finishes his convention speech on Thursday. Anything less than that, and Obama’s convention and vice presidential selection should, the Republican line goes, be viewed as a failure.

Every four years, there is debate about how much of a lift presidential candidates should be expected to receive from high-profile events, especially those they can script or control – acceptance speeches, vice presidential choices, claiming the nomination. And certainly, when it comes to gaining a psychological advantage, it is understandable that campaigns try to set up impossibly high expectations for the other side to stumble over.

The significance of these claims is arguably debatable in any presidential election year. But it’s hard to recall a campaign where the search for the bounce – or at least a meaningful bounce – is likely to prove more elusive.

The reason for this is that the hunger of people following the campaigns for quick gratification is running up against the realities of polling.

In the most orderly of worlds, a major campaign event would happen, days would pass to allow opinions to settle in, and only then would a poll be taken. But that just does not seem possible this year, with major political events piling up on the calendar with little time to catch a breath in between, much less conduct an accurate poll.

Obama announced his vice presidential choice, Senator Joseph R. Biden Jr. of Delaware – on Saturday, and headed right into his convention this week. Obama’s acceptance speech comes Thursday night. Almost without question, some pollster will be in the field the very next day trying to get a read on what the public thought of Obama’s speech – except that Friday or Saturday, McCain is expected to name his running-mate. And the Republican convention starts next Monday. And then McCain delivers his acceptance speech the following Thursday.

To muddy things even more, of course, Monday is Labor Day, and as a rule, pollsters try to avoid conducting polls on weekends, when many Americans are away from home or not answering their telephones.

Yes, there will be a blizzard of polls and claims from both campaigns, trying to use them to be the first to measure the bump. (There have already been polls claiming to measure how much Obama was helped or hurt by the choice of Biden.) But in truth, an accurate reading will probably not come until a few days after McCain’s convention is over.

Even then, it will provide, at best, a rough measure of the cumulative effect of both vice presidential choices and both acceptance speeches; it is going to be awfully difficult, officials in both parties said, to unravel what worked well and what did not.

Even if a pollster does the responsible thing and waits a few days after the Republican convention, is it really going to be possible to figure out any kind of causality? Will there be an opportunity, as McCain’s campaign suggests, to measure the bounce of Obama against the bounce of Clinton in 1992 or Senator John Kerry in 2004?

This is a matter of some frustration to Democrats, who fear that the way the cards are stacked, Obama might not be able to claim the transitory bump in the polls (as distinguished, by the way, from actually deriving long-term benefit that matters in November) next weekend.

“It’s going to be really difficult to say there is a bounce in those three days, because there might not be,” said Chris Redfern, the Ohio Democratic chairman. “I think it’s unfortunate, because we’re viewed as the challenger.”

Joe Trippi, a political consultant who was a senior adviser to the presidential campaign of John Edwards of North Carolina, said the most likely outcome was that “neither party gets as big a bump as the ordinary, because the conventions are so close.”

But he was quick to raise another possibility, which aides to McCain and Obama should watch out for in the weeks ahead: A marked difference in the resonance of the two conventions could mean that the poll that might really matter – the one a few days after McCain’s speech – could set the agenda for the weeks ahead.

“Having said that,” he added, “if one of them is really flat and the other one really connects, it can make for a bigger bump than you might normally have.” 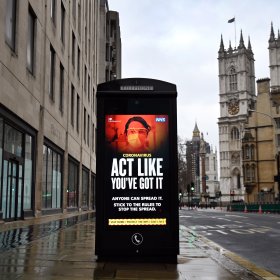