Speakman, 59, a pastor and educator at Bethany Presbyterian Church in Bridgeville, Pa., an activist evangelical church southwest of Pittsburgh, backs Sen. Barack Obama in the presidential race. Along with her 23-year-old son, Stephen, she supports Obama because of his stands on the Iraq war and matters of social justice. The two of them plan to spread the word in their community and beyond.

“What caught my attention early on was his comment that we don’t want red states and blue states, but we want to find reconciliation and rapprochement with folks,” said Speakman, who changed her party affiliation to Democratic from Republican this year to vote for Obama in the Pennsylvania primary. “I really object to the other approach – divide and conquer, isolate and demonize the opposition. I try to engage the other side and try to find ways we can bring the values of the kingdom of God into the experience of humanity.”

Speakman is one of thousands of evangelical Christians and so-called faith voters whom the Obama campaign is recruiting in a major effort to connect with a part of the electorate that accounts for an estimated quarter of the voting population and helped elect George W. Bush president twice.

Obama and his advisers are seeking support not only among relatively moderate evangelicals like Speakman, who voted for Bush in 2000 but backed Democratic Sen. John Kerry in 2004 because of her opposition to the war. They are also trying to take advantage of signs that some conservative Christians are rethinking their politics, urged along by a new generation of leadership and intensified concern about issues including climate change, genocide, AIDS and poverty.

Between now and November, the Obama forces are planning as many as 1,000 house parties and dozens of Christian rock concerts, gatherings of religious leaders, campus visits and telephone conference calls to bring together voters of all ages motivated by their faith to engage in politics. It is the most intensive effort yet by a Democratic candidate to reach out to self-identified evangelical or born-again Christians and to try to pry them away from their historical attachment to the Republican Party.

On Tuesday, Obama is scheduled to deliver a speech about faith in Zanesville, Ohio, in a battleground section of a battleground state, one where Bush relied heavily on evangelical voters to provide his narrow margin of victory in 2004. Obama’s speech will follow by two days a trip by his Republican opponent, Sen. John McCain, to visit the evangelist Billy Graham and his son, the Rev. Franklin Graham, part of an effort by McCain to shore up his standing with religious conservatives.

Obama is building his appeal in part on calls to heal political rifts and address human suffering. He is also drawing on his own characteristics and story, including his embrace of Christianity as an adult, a facility with biblical language and imagery and comfort in talking about how his religious beliefs animate his approach to public life.

But the subject of religion has become entangled in the false rumor that he is a Muslim. And it has been complicated by the effects of his association with his former pastor, the Rev. Jeremiah A. Wright Jr., whose brand of black liberation theology brought religion, race and patriotism into the campaign in ways not helpful to Obama. He also faces significant hurdles in appealing to religious voters because of his tolerance for abortion and same-sex marriage.

It appears that Obama’s religious outreach efforts will be met by an increasingly intense reaction from the religious right.

James C. Dobson, one of the most prominent evangelical leaders on the right, accused Obama last week of employing a deviant reading of Scripture and a “fruitcake interpretation of the Constitution” to justify his theology and world view. The lobbying arm of another leading conservative Christian organization, the Family Research Council, began running advertisements last week highlighting Obama’s support for abortion rights and accusing him of hypocrisy for saying that he stands for family responsibility.

Joshua DuBois, director of religious affairs for the Obama campaign, said that the campaign expected resistance from a large part of the evangelical community, but that millions of faith voters were persuadable.

“We’re not going to convince everybody,” said DuBois, 25, a former associate pastor of a Pentecostal Assemblies of God church in Massachusetts. “The most committed pro-lifers probably won’t vote for him. But others will be open to him because they see he’s a man of integrity, a person of faith who listens to and understands people of all religious backgrounds.”

The Obama campaign does not need to convince everybody in order to have an effect on the voting outcome in key states, only a relatively narrow slice of the religiously motivated voters who supported Bush by substantial margins in 2000 and 2004. And polls indicate that evangelicals and other religious voters are already migrating away from their overwhelming support of the Republicans, some because of disillusion about the war, others because of concern about global warming, still others because of uncertainty about the economy.

Corwin E. Smidt, a political scientist who directs the Henry Institute at Calvin College, a Christian liberal arts institution in Grand Rapids, Mich., said that a survey of Christian voters he completed found that mainline Protestants were moving in a more Democratic direction.

“One of the things our survey revealed is that the kinds of issues that Obama is stressing would resonate with that particular group,” Smidt said.

He said that if Obama could chip into the 78 percent vote that Bush received from white evangelical Christians in 2004, it could affect the outcome of this year’s election.

Obama won one important vote from the evangelical community when he received the endorsement of the Rev. Kirbyjon Caldwell, leader of a Methodist megachurch in Houston, who has long been close to Bush and who officiated at Jenna Bush’s wedding in May in Crawford, Texas. Caldwell denounced Dobson for his critique of Obama’s faith and has assembled a group of religious leaders to defend Obama.

McCain, who was raised an Episcopalian but switched to the Baptist church of his wife, Cindy, has never had the same levels of support among this group as Bush enjoyed, not least because he once labeled the evangelical leaders Jerry Falwell and Pat Robertson “agents of intolerance,” a characterization he has since backed away from.

McCain does not talk much in public about religion, and Christian conservatives have been slow to embrace him. He turned some off by quickly denouncing two supporters, the Rev. John Hagee and the Rev. Rod Parsley, after controversial statements they made came to light.

Mark DeMoss, a public relations executive who represents Franklin Graham and other church leaders and conservative religious organizations, said recently that Obama could conceivably win as much as 40 percent of the evangelical vote.

“He is going to do reasonably well,” DeMoss said, “and that is due to a combination of things. One of them is a lack of passion and enthusiasm for John McCain among a lot of these folks, and Obama seems to be doing the right kinds of things to reach out to them.”

DeMoss cited the meeting two weeks ago in Chicago in which Obama met privately with 30 religious leaders from many traditions and political persuasions, including several, like Graham, who were never likely to support him.

Obama won praise for his openness to those who disagreed with him, DeMoss said, but he stood firm in his support for abortion rights and cemented opposition from those for whom that is a bedrock issue.

Obama is also reaching out to young evangelicals, the so-called Joshua generation, a group that would seem to be a fertile ground for recruitment.

Leaders of the movement of progressive activists on religion and values, including Mara Vanderslice, Eric Sapp and Burns Strider (who advised Sen. Hillary Rodham Clinton), are also working alongside the Obama campaign to attract support from these younger religious voters.

Gabe Lyons, founder of the Fermi Project, a nonprofit group that educates church and youth leaders about Christianity and society, said many young evangelicals from the left and right had been turned off to politics.

“Obama is doing a better job of talking about his religious views and values than John McCain is,” Lyons, 33, said. “The challenge is that the closer young evangelicals get to understanding his policies the more they will struggle with them and many will slowly back off because for them abortion is such a huge point.”

In a brief video shown at the beginning of meetings with religious voters, Obama says he is “blessed” to help lead a conversation about the role of religious people in changing the world. He speaks of poverty and war, health care and unemployment, and says that addressing these problems “will require not just a change in government policy but a change of heart and a change of attitude.” 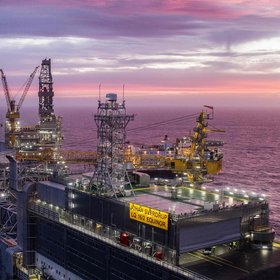