IN CASE YOU MISSED IT: THE NEW YORK TIMES NEWS SERVICE:

These articles and images are for use by clients of the New York Times News Service ONLY. All others please contact the sales representatives at the end of this advisory for information.

ANALYSIS: DEMOCRATS LOOK TO LOBBYIST TO HELP FINANCE A CONVENTION

DEMS-CONVENTION – The Democrats are relying on renowned Denver lobbyist to raise the millions of dollars needed to hold their convention. That reliance is a public display of how corporate connections fuel politics – exactly the type of special influence that Sen. Barack Obama had pledged to expunge from politics when he said he would not accept donations from lobbyists. By Leslie Wayne.

MCCAIN-VIEWS – (Hudson, Wis.) Sen. John McCain in a wide-ranging interview called for a government that is frugal but more active than many conservatives might prefer. He said government should play an important role in areas like addressing climate change, regulating campaign finance and taking care of “those in America who cannot take care of themselves.” “I count myself as a conservative Republican, yet I view it to a large degree in the Theodore Roosevelt mold,” McCain said, referring to his reputation for reform, environmentalism and tough foreign policy. By Adam Nagourney and Michael Cooper.

OBAMA-PROGRESSIVES – (Portland, Ore.) After critics have accused Sen. Barack Obama of shifting positions on issues like the war in Iraq, the Bush administration’s program of wiretapping without warrants, gun control and the death penalty – all in what some view as a shameless play to a general election audience – some on the far left are ready to abandon him. By William Yardley.

ANALYSIS: FRIENDLY CAMPAIGNING, ONLY NOT SO MUCH

CAMPAIGN-TONE – (Washington) Sens. Barack Obama and John McCain have pledged to wage respectful, dignified and honest presidential campaigns. The reality has not quite lived up to the rhetoric. By Jim Rutenberg.

OBAMA-TV-HUMOR – What’s so funny about Barack Obama? Apparently not very much, at least not yet. Comedians have struggled to find ways poke fun at the presumptive Democratic nominee. By Bill Carter. 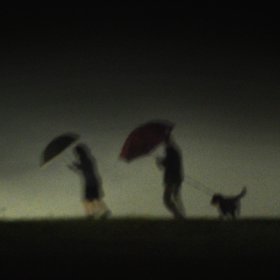