By MICHAEL SLACKMAN and ISABEL KERSHNER

AMMAN, Jordan – For what feels like forever, Israelis and their Arab neighbors have been hopelessly deadlocked on how to resolve the Palestinian crisis. But there is one point they may now agree on: If elected president, Sen. Barack Obama will not fundamentally recalibrate America’s relationship with Israel, or the Arab world.

From the religious center of Jerusalem to the rolling hills of Amman to the crowded streets of Cairo, dozens of interviews revealed a similar sentiment: The United States will ultimately support Israel over the Palestinians, no matter who the president is. That presumption promoted a degree of relief in Israel and resignation here in Jordan and in Israel’s other Arab neighbors.

“What we know is American presidents all support Israel,” said Muhammad Ibrahim, 23, a university student who works part time selling watermelons on the street in the southern part of this city. “It is hopeless. This one is like the other one. They are all the same. Nothing will change. Don’t expect change.”

Across the border, in Israel, Moshe Cohen could not have agreed more. “Jews there have influence,” Cohen said, as he sold lottery tickets along Jaffa Road in Jerusalem. “He’ll have to be good to Israel. If not, he won’t be re-elected to a second term.”

Obama, who will be here on Tuesday, has promised change. He has offered to begin dialogue where the current president has refused, in places like Syria and Iran. But when he stepped into the Middle East, he walked into a region where public expectations were long ago set. The Bush years have supercharged those sentiments, especially in the Arab world where there is little faith that the United States can ever again serve as a fair broker between the sides.

In Israel, Bush was seen as the most supportive American president yet, and early opinion polls show a preference there for the presumptive Republican candidate, Sen. John McCain.

But Obama gained ground – or lost it, depending on which side was reacting – when he spoke in June to a pro-Israel lobby, the American Israel Public Affairs Committee. He said that Jerusalem “will remain the capital of Israel, and it must remain undivided.”

He later qualified his comments, saying he meant that the two sides of Jerusalem should not be separated by walls or barbed wire. But the message had already been sent.

“The Arabs need America to be straight and unbiased, but anyway we feel, that American policy will not be changed too much,” said a Palestinian who identified himself by his nickname, Abu Fadi, a salesman in an electrical appliance store in downtown Arab East Jerusalem.

Behind this general agreement, there is a fundamental difference. In the Arab streets, there is a hope, perhaps limited, that this candidate might be different. He is black, his father was Muslim and his middle name is Hussein, so there is hope that he will be more sympathetic though that hope is not joined to any expectation.

“There is optimism wrapped in cynicism,” said Hussein al-Shobokshy, a columnist in the pan-Arab Saudi-owned daily newspaper, Asharq Alawsat.

In Israel, the reverse is true, the lingering suspicion that he is saying what he needs to say to be elected.

Uri Savir, a former director general of the Israeli Foreign Ministry who is president of the Peres Center for Peace in Tel Aviv, said there were people who want peace, like himself, who “are quite excited about what Obama can bring.”

But, he acknowledged that his friends on the center-right were somewhat more ambivalent. “They ask, ‘Is he really a friend of Israel?”’ he said.

The answer here and in Cairo and elsewhere around the region is: Of course, he will be a friend of Israel’s.

“He’s like a chameleon,” said Walid Ghalib, 50, as he bought meat from a butcher in the Jabal al Nasr neighborhood of east Amman. “One day he is with the Palestinian cause. One day he’s with Israel. We have a saying here: ‘What’s better, a black dog or a white dog?' It’s all the same. For us, nothing will change.”

It was not always like this here, but the indifference is a lesson learned.

Eight years ago, many Arabs, leaders and citizens alike, rooted for Gov. George W. Bush over Vice President Al Gore in the race for the presidency. There was an assumption that Bush would be like his father, seen as relatively Arab-friendly.

Nearly four years ago, there was hope among Arabs that Americans would have soured on President Bush and elect Sen. John Kerry. President Bush had disappointed. Then American voters did, too.

“The Arab street has been here before,” said Mustafa Hamarneh, the former director of the University of Jordan’s Center for Strategic Studies. “We rooted for this and that, and nothing happened. Its deja vu.”

“Unless the Americans realize that they really have to change and become more evenhanded and apply justice in the region, things will be the same,” he said.

Jordan is a small country, just 6 million people, half of whom are of Palestinian descent. It is without oil and without much water, and has been battered by the crises in the West Bank and Iraq. Obama will visit a city tense with politics and economics, which are inevitably intertwined. It is also conservative, clean and quiet.

Obama “will be no different than Bush,” said Moatasem Hussein, 34, who sold nuts from a shop on a street corner in East Amman.

“What’s going to be different?” said Jasser Shehadi, 40, who sold shoes in the shop next door. “They are all the same.”

Across the street, Muhammad al-Banna, 41, said: “Obama is excellent. He is direct. He is like the successor to JFK.”

Instantly, Khaled Attiat, a carpenter working in an open storefront, jumped into the conversation. “Oh, come on,” he shouted. “They are all as bad as each other.”

Banna replied, “Yes they are all bad, but still, Obama might be a little less bad.”

The reaction was similar in Egypt which, like Jordan, is one of America’s closest allies in the region.

“For me it doesn’t matter that he’s black or his name is Hussein,” said Ahmed Amin, 34, as he drank a beer in a downtown Cairo bar. “He’s an American, and so I disagree with most of what he says about the Arab world. I mean, Condoleezza Rice was black and poor, and she still invaded Iraq.”

There is, however, at least one positive lesson drawn by some in this region over Obama’s success. It has served to restore a bit of faith in American-style democracy, which has been tarnished in recent years by the invasion of Iraq and by an administration that talked about promoting democracy but then seemed to backtrack on its promises, many people here said.

The United States, many said, may be a biased supporter of Zionism hostile to Muslims, and still be, for its citizens, a place of opportunity unknown here.

“I think it’s very impressive that someone can start very poor and reach the top like this,” said Hazen Haidar, 23, a gym clerk in Cairo. “It doesn’t happen in Egypt.” 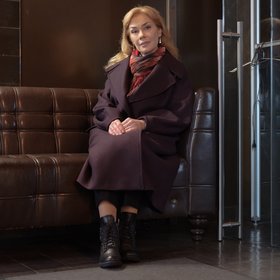