A week before Pennsylvania’s Democratic primary – in April, back when Hillary Clinton and Barack Obama were still the big story – John McCain traveled to Pittsburgh to remind everyone how different his economic agenda would be from theirs.

In a speech that day, he said he would abolish the dreaded alternative minimum tax. He said he would also allow companies to write off spending on new equipment more quickly than they now could, effectively reducing their taxes. Most ambitiously, he vowed to set up a simpler income tax system, one that anyone could voluntarily use instead of the current tangle. In the months since then, McCain has repeated these vows.

Fast forward to last week, when a Washington research group called the Tax Policy Center set out to estimate the budgetary effects of McCain’s and Obama’s plans, after having talked with the campaigns about the details. Almost immediately, the center’s report became the yardstick that journalists and bloggers used.

To anyone who has been following the campaign closely, however, there were some strange things in the report’s summary. The alternative minimum tax? McCain apparently no longer wants to abolish it. The write-off for corporate equipment? It exists for a few years, but then it disappears. The simple new tax system? Gone.

I’ll dig into the details in a moment, but suffice it to say that there are some big unanswered questions about McCain’s economic plans. And we in the media have largely overlooked those questions so far. On foreign policy, pundits have rightly pointed out that Obama will have to get more specific about his Iraq plans, given the recent improvements there. But on fiscal policy, the coverage has generally treated the candidates as equally bad.

As the conventional wisdom has it, neither senator has been serious about the long-term budget deficit; both have made rosy assumptions about the revenue that will come from cracking down on waste, fraud, abuse, overseas tax loopholes and other vague fiscal bogeyman.

All this is true enough. Obama, for instance, relies on hypothetical savings from electronic medical records to claim that he can reduce the deficit, and he hasn’t been totally clear about his tax plans. But the unknowns about the McCain agenda are simply on a different scale.

So far, McCain is having it both ways. On the campaign trail, he has sounded like a bold tax cutter. To budget wonks, though, his campaign has gingerly inched away from those plans, saying details will be forthcoming. In the meantime, the most-cited analysis of his proposed budget doesn’t square with what he is saying on the stump.

Here, then, are three questions that I hope McCain will answer soon:

No. 1: Are you really going to eliminate the alternative minimum tax?

This tax, known as the AMT, was enacted in 1969 to prevent the very rich from claiming so many deductions that they avoided paying taxes. But because the AMT wasn’t indexed to inflation, it has begun to ensnare more people. If the law isn’t changed, one in four households will pay the tax this year.

McCain, in speeches, is perfectly clear about what he wants to do: "Abolish the AMT," as he said to a conservative group. Yet his campaign told the Tax Policy Center that "Senator McCain does not plan to repeal the individual AMT."

So what’s going on here?

In the fine print of his plan, he doesn’t abolish the tax. Instead, he "patches" it, so that it would continue to apply to roughly the same number of households as it did last year – about one out of every 30. (Obama’s AMT proposal isn’t so different.) The trick is that no one would actually pay the tax under the McCain plan. As Douglas Holtz-Eakin, a campaign adviser, explained to me, anyone hit by the AMT could opt into McCain’s voluntary, simplified tax system, where their taxes would be lower.

Of course, no matter what it’s called, an effective elimination of the AMT will cost the government a lot of money – $60 billion a year. As a point of comparison, the entire deficit is projected to be about $300 billion a year during the next president’s first term.

No. 2: Are you serious about tax simplification?

If I told you that you could choose between two different set of tax rules, I’m guessing that you would pick the one that required you to pay less in taxes. Such a voluntary system, then, would have to cost the Treasury a good bit of cash. It’s inherent in the plan.

Fred Thompson, during his brief campaign, proposed a system along these lines, and the Tax Policy Center estimated that it would increase the deficit by some $600 billion a year. "It would be the largest tax cut ever, by a large margin," said the center’s director, Len Burman (who, I should add, has been careful to note what his calculations do and do not include).

The McCain campaign says its proposal won’t be the same as Thompson’s, but the two certainly are similar. Holtz-Eakin is responsible for the details, he said, and he is under orders "to make it revenue neutral." That means the plan will pay for itself – that it will include tax increases to offset the reductions. When McCain describes those increases, you’ll know he’s serious about tax simplification.

No. 3: Are you going to use gimmicks to make your numbers add up?

In 2001, President Bush signed a 10-year tax cut with a novel feature. In the final years of the cut – 2009 through 2011 – it began disappearing, making the cost look smaller than it otherwise would have. Now that those final years have arrived, however, Bush argues that Congress should restore the tax cut.

McCain agrees. To do otherwise, he says, would amount to an economically damaging tax increase. Once a tax has been cut, in other words, it should not rise again.

Yet his campaign agenda includes one of these same sunset provisions (which wasn’t apparent until the Tax Policy Center analysis came out). The new rule on corporate deductions for new equipment lasts only until 2013, when the old rule – with its higher taxes – returns. This gimmick, obviously, helps reduce the proposal’s apparent cost.

The most disconcerting part of these contradictions is that McCain could legitimately run as a fiscal conservative, willing to tell hard truths. He has consistently opposed wasteful earmarks. He voted against the pork-laden farm bill last month, while Obama voted for it. Unlike Obama, McCain isn’t proposing more than $200 billion a year in new spending, on health care and the like.

The Obama campaign claims it can pay for all this, and even reduce the deficit, through tax increases and spending cuts. I think a more skeptical look at its budget leaves you worried it may add something like $50 billion a year to the deficit. But applying the same arched brow to McCain’s stated plans leaves you worried that he will add $200 billion or $300 billion or, depending on his voluntary tax system, even more.

Holtz-Eakin told me that, in time, the campaign will make everything clear. "It’s just June," he said. Fair enough. But McCain’s own words have left him a very big fiscal hole to fill. 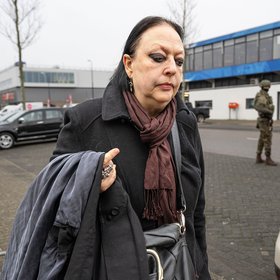