About Joe Biden: What it Takes: The Way to the White House (in part, an account of Biden’s 1988 presidential campaign), by Richard Ben Cramer [1992]

First elected to the United States Senate from Delaware at age 29, Joseph R. Biden Jr. has experienced personal tragedy, near-fatal illness, and multiple attempts to advance to the other side of Pennsylvania Avenue.

Though neither of his campaigns for the Democratic nomination ever really took off, he was tapped as Senator Barack Obamas running mate on Aug. 23, 2008.

Only a month after winning his first Senate election, Biden’s wife and 13-month old daughter died in a car accident, which put both of his sons in the hospital. Biden was sworn into the Senate at their bedsides. His pursuit of the 1988 Democratic nomination ended amid accusations that he lifted large portions of his remarks at a debate from a British Labor Party leader. And a few months after his departure from the race, Biden collapsed from a brain aneurism, ultimately undergoing two surgeries over a few months.

Biden told The Times he had learned something different from each of the three crises in his life.

The accident taught him, he said, “to always let the people you love know you love them, and never let something go unsaid.” The aneurysm taught him that “its a hell of a lot easier being on the operating table than in the waiting room.” As for the 1987 race, Biden said he learned that he could pull himself back up after the crippling experience of having his character questioned, “Particularly when its your own fault.”

Biden is perhaps best known for his work on the Foreign Relations Committee, of which he is currently chairman. He has said he regrets his 2003 vote in favor of the Iraq invasion, but he has been a persistent and harsh critic of the administrations war conduct. Biden is among the most ardent proponents of a three-state solution in Iraq.

Despite his emphasis on diplomacy, Biden is known for his direct – and sometimes impulsive – speech, which has often attracted criticism. Hide 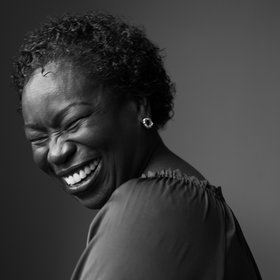