The Saddleback forum in California with s Barack Obama and John McCain was pretty interesting, especially for what it revealed about the candidates differing styles and what it might portend for the fall debates.

Where Obama was discursive, McCain was pithy.

Where Obama dodged answering a question of when does life begin (“above my pay grade”), McCain supplied an answer (“at the moment of conception”).

When they were asked why they wanted to be president, Obama offered a general exposition on the need to do good while McCain succinctly invoked some of his campaign talking points. Judging by the audience reaction and the media coverage, McCain “won” the evening at Saddleback, the closest chance in the post-primary period for a broad national audience to compare the candidates almost side by side. It also was instructive for the crucial series of fall debates, when voters traditionally start focusing on the candidates and making up their minds.

Heads up: The first official debate is less than six weeks away, on Sept. 26, at Ole Miss.

Perhaps the biggest lesson, said David Lanoue, a political scientist at the University of Alabama and a specialist in televised presidential debates, is the importance of speaking in sound bites.

“Obama’s answers were thoughtful and considered but a little meandering and not to the point,” Lanoue said. “A lot of winning a debate is winning the sound-bite war, and McCain definitely won there.”

Of course, the Saddleback audience was far more sympathetic to McCain than to Obama. Most were evangelicals, living in one of the most conservative and wealthy counties in the country.

Still, Saddleback pointed up the importance of the expectations game, and may have re-jiggered it for the debates. Coming into the forum, the expectations for McCain were lower. Like Hillary Clinton before him, McCain has struggled to offset the atmospherics surrounding the Obama phenomenon – the oratory, the youth, the glamour – and the oxygen that they take up in the media.

“Hillary Clinton got the best of him quite a few times, and yet he still has this well-deserved reputation for eloquence that will follow him into the debates,” Lanoue said. “People still confuse Obama the public speaker with Obama the debater.”

That will work against Obama but at the same time, McCain, who has made several gaffes on camera, has now raised the bar for himself. “He put to rest this notion that he’s the underdog in the debates,” said Alan Schroeder, a professor at Northeastern University who specializes in media and the presidency. “That’s a mixed blessing for him, now that he no longer has the advantage of being thought the lesser performer.”

The Obama campaign agreed that the expectations for McCain were low.

“John McCain has been a highly under-rated performer because of one bad speech he gave in front of the infamous green backdrop the night we secured the nomination,” Bill Burton, Obama’s spokesman, said.

“The truth is, he’s been honing his skills in Washington for the past three decades, won all of the Republican debates and has the experience of another presidential run under his belt,” he added. “We fully expect that McCain will surprise folks with both his speech at the Republican convention and his commanding performances at the coming debates.”

At the same time, Burton said, “I don’t concede that Obama didn’t do well at Saddleback. His ability to connect with both Rick Warren and voters of faith is testament to his ability to reach across traditional political divides to attract voters from all walks of life.”

Putting aside the natural advantages that McCain had in the setting, Schroeder said that McCain used his body language to connect with the audience in the church and at home on a gut level. He used self-revelation and personal persuasion while Obama relied on thoughtful rumination, surely an admirable trait in a president but one that may not necessarily connect with voters who have not been paying attention so far.

One of McCain’s first answers was so startling that he instantly commanded attention. He was asked to name his biggest moral failing, and he cited the failure of his first marriage. This was a question that both candidates had been given in advance, so he obviously had planned his answer.

It’s a subject he rarely touches publicly, but one that has been hovering over the campaign. His response may have been an attempt to inoculate himself against further questioning on the topic, but because it seemed candid, it also seemed to buy McCain some good will on subsequent questions and he seemed to relax after getting it out of the way.

He gave several other short, direct answers at the outset, all of them in striking contrast to Obama’s lengthier explications. McCain aides said that their BlackBerries began buzzing shortly after McCains session began, with electronic high fives all around about how well their boss was doing. There were no similar reports from the Obama front. “McCain signaled what his debate strategy will be pretty clearly,” Schroeder said. “There will be a lot of definite language, sloganeering and waving the flag.”

He said that Obama was “harder to read,” but he said he expected Obama learned that “a certain razzle-dazzle, a certain showmanship, is a good thing to bring to an event like this.”

Lanoue said that Obama’s chief task before the debates will be to “work on honing his message and making his case for himself; he needs to be able to get those phrases out that will translate on television the next day.”

Several questions highlighted Obama’s tendency to grapple with an idea, while McCain delivered a shorter answer. Here are three examples:

“Evil does exist,” Obama said, pointing to Darfur, city streets and parents who abuse their children. He said it had to be confronted but advised humility and caution, because “a lot of evil has been perpetrated based on the claim that we are trying to confront evil.”

McCain: “Defeat it.” And pursue Osama bin Laden, he said, to “the gates of hell.”

Obama: “I think that we should, and I’ve said this publicly, that we should set up a system of performance pay for teachers negotiated with teachers, work with the teachers to figure out the assessment so they feel like they are being judged fairly, that it is not the whim of the principal, that it is not based on a single test but the basic notion that teaching is a profession, that teachers are underpaid. So we need to pay them all more and create a higher base line but then we should also reward excellence.”

McCain: “Yes. And find bad teachers another line of work.”

Obama: “You know, I remember what my mother used to tell me. I was talking to somebody a while back and I said the one time that she would get really angry with me is if she ever thought that I was being mean to somebody, or unfair to somebody. She said, imagine standing in their shoes. Imagine looking through their eyes. That basic idea of empathy, and that, I think, is what’s made America special is that notion that everybody has got a shot. If we see somebody down and out, if we see a kid who can’t afford college, that we care for them, too. And I want to be president because that’s the America I believe in and I feel like that American dream is slipping away.”

McCain: “I want to inspire a generation of Americans to serve a cause greater than their self-interest. I believe that America’s best days are ahead of us, but I also believe that we face enormous challenges, both national security and domestic, as we have found out in the last few days in the case of Georgia.”

McCain did stumble a few times. He lapsed into his stump speech often. His description of his view on same-sex civil unions was a muddle. And he was at a loss to set a price tag on the term “rich.” Obama handled that question with humor, turning it back on Warren, who has made millions with his best-selling book, “The Purpose Driven Life.”

Another big lesson from the forum, Lanoue said, is that the Obama campaign needs to take McCain seriously as a debater, even though he did not distinguish himself in the debates during the primaries.

“He is a formidable presence when he’s on his game,” Lanoue said, “and he was definitely on his game in California.”

Part of that was controlling his interview and frequently fleshing out his answers with vivid personal anecdotes. He also spoke with his eye on the audience at home, and he may have been engaged in a little strategery: by asserting so emphatically that he would be a pro-life president with pro-life policies, he might have been preparing his listeners for a running mate who supports abortion rights.

But overall, the differences that emerged went a long way toward explaining why McCain has been pleading for sessions in which he and Obama appear together: he seemed confident in the one-on-one comparison.

At Saddleback, McCain showed himself to be a purpose-driven candidate. 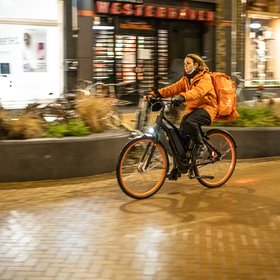