DENVER – Black activists and celebrities alike gathered this morning at the Movies With a Message Brunch at Earl’s Restaurant in downtown Denver to celebrate the progress made by Barack Obama in his quest for the White House. But while the theme of the party was a celebration of the past, Oscar-nominated director and producer Spike Lee focused on the present, particularly the sometimes-tenuous relationship between the hip-hop community and the Obama campaign.

Lee, who has often uses hip-hop music and casts hip-hop stars in his films, said that rappers should, well, feel free to mince their too-hot words at such a crucial time in American politics. In particular, the platinum-selling artist Ludacris referred to Clinton as an “irrelevant” epithet and attacked John McCain with the line, “Paint the White House black and I’m sure that’s got em terrified/ McCain don’t belong in any chair unless he’s paralyzed.”

For good measure, he referred to President Bush as “mentally handicapped.”

“They gotta realize what theyre doing,” Lee said of the rappers, as he stood on the carpet outside Earl’s Restaurant, as tourists snapped his photo on their cell phones. “It can’t be about censorship, but they’ve gotta ask themselves, is there anything McCain can turn around and use against the campaign? No one wants to be the person who hurts the campaign.”

Lee also warned that this election is “far from a done deal” and said that it was on rappers to stir up the people and get the vote out.

“We can’t dance in the end zone yet,” he says. “I’m confident that McCain and his boys will be pulling out the kitchen sink, the sauna, the tub, and Jacuzzi on Barack. People in power don’t give up without a fight. I know they’re excited. This is one of the most historic moments in American politics. It’s just not a done deal.”

Obama long ago achieved star status for many young voters, and many credit hip-hop artists and impresarios for having fueled that ascent. Artists ranging from the 18-year-old Soulja Boy to patriarchs of the genre such as 50-year old Def Jam founder Russell Simmons have endorsed and given him public support.

However, the hip-hop love can become a double-edged sword for the Obama campaign. While it has helped mobilize young voters and make Obama a pop culture icon, the perceived explicit and misogynistic content in the lyrics of some of these artists has, at times, reflected negatively on Obama as a candidate.

When Ludacris released his song “Politics”, the Obama campaign did some political damage control. While the Obama campaign spokesman Bill Burton denounced the song as offensive, the damage had already been done, and both Ludacris and Obama shared the media blame for the lyrics.

On the flip side, hip-hop also holds the power to be, as Public Enemy frontman Chuck D once called it, “the black CNN” for voters, especially those ages 18-24 who historically are the least likely to go to the polls on election day.

Artists such as Nas, who has often walked a fine line between being socially conscious and rebellious, salutes Obama on his song, “Black President,” a cut off of his new “Untitled” album. On this particular track, Nas talks of his struggles with trusting the government, but concludes: “I’m thinkin I can trust this brotha.”

Similar songs by artists such as Young Jeezy and Jay-Z manage to mention Obama in a positive light without bashing his opponents. Some figures in the hip-hop community, such as former Fugees member and solo artist Pras Michel, and Jeffrey Johson, a Hip Hop Summit Action Network vice president and former Congressional aide, recognize the positive political potential for the genre. In his comments to the crowd at Earl’s, Johnson spoke mainly of recognizing the achievements of the civil rights era generation as a means of galvanizing young activists.

Pras echoed that sentiment but said he understood why Obama must distance himself from some of that community.

“Obviously, he can’t associate himself with the misogynistic and derogatory lyrics,” said the Haitian-born, Brooklyn-raised rapper. ‘`It’s up to the artists to support him in a more discreet way. It’s more important for rappers to get people to go out and register to vote.

“If someone like Jay-Z can mobilize his constituents and get them to go vote, it represents a social conscience for the genre.” 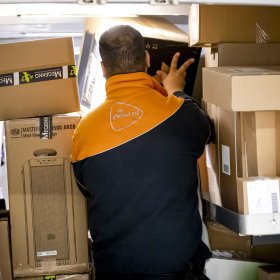