TITUSVILLE, Fla. – This state might be as close as the Democratic Party comes to having haunted ground. And here was another presidential candidate standing after a maybe-not-so-great week talking about trying to push through the attack ads and “get to” the public.

Barack Obama’s flame burns coolly – he betrays no hint of punching pillows in private – but his words Saturday came with a frosting of frustration.

“If you think about this week, what they’ve been good at is distraction,” he said during an expansive and quite humid early morning press conference. “You’ve got statistics saying we lost another 50,000 jobs. That Florida is in recession for the first time in a decade and a half. And what was being talked about was Paris and Britney.”

Now, in truth, many candidates experience weeks like this. The issues seem to run in a candidates favor – Obama awoke in St. Petersburg, Fla., ready to talk about an ailing economy and saw this newspaper headline: “IT``S A RECESSION.” The mojo should feel good.

Except it does not.

Two slightly hallucinogenic attack commercials by John McCain had caught the popular eye. One television commercial linked Obama to Paris Hilton-Britney Spears bubblehead celebrity, and a Web advertisement portrayed him as Moses. (Biblical prophet though Moses was, the comparison was distinctly not complimentary.) Both raised the question of whether Obama was ready to be president.

He also stumbled on the question of race. By weeks end national poll numbers showed a tightening of the race and CNN ran a story asking about the “Obama Cult.”

“Their team is good at creating distractions and engaging in negative attacks and planting doubts about people,” he said. “We have to make sure that we keep focused on people’s day-to-day concerns. And we’ve got to drive that very hard. And I will keep on driving that hard.”

A speck of doubt seemed to linger in his voice, though. High fiber talk about the economy appears to resonate in Florida. Nor does he hesitate to attack, often hotly, Senator John McCain on issues from the economy to education to off shore drilling; McCain, who has carved out tough policy positions on many issues, responds in kind.

But the candidate and his advisers are aware that he remains an elusive figure for some Americans, a preternaturally cool man who just might cut too effortlessly through the water.

The temptation might be to laugh off the commercials, as McCain surrogate Senator Joseph Lieberman advised “young” Obama on a Sunday television show. But the candidate is not inclined to heed such advice.

“We don’t take the skill of the Republicans in engaging in negative attacks lightly,” Obama said. “I would argue that issues like my relative youth or the fact that I have been on the national stage, a relatively or, you know, not as long as somebody like John McCain has been, those are issues that they are going to try to play up.”

Democratic consultant Chris Lehane served as spokesman for Gore 2000, a campaign that included an unpleasant extended stay in Florida. Obama, he said, is diagnosing correctly his vulnerability.

“He’s in a challenging spot,” Lehane says. “He’s famous, but not necessarily well known. So attacks on his character and identity can hurt.”

The subtext to the celebrity commercials seems clear. Republicans would define Obama much as they did John Kerry in 2004: an elitist, out of touch with ordinary Americans. McCain’s campaign manager even raised the “arugula” issue again last week, mocking the candidates taste in lettuce and his occasional hankering for a cup of organic herbal tea.

A column in The Washington Post last week also skewered the candidate’s many alleged sins, not least for talking about the economy with Federal Reserve Chairman Ben Bernanke and for the Secret Services decision to close off selected streets for security reasons. The Secret Service makes such judgments independent of candidates.

Are you presumptuous, a reporter asked the candidate toward the end of the news conference? Obama gave a look that suggested he recognized a cul de sac with no good way out.

“I don’t know that there is that perception,” he said. “I think what would be useful is to ask the question, what’s this based on?”

A presumptuous candidate, Obama said, would not have traveled across four states in three days. “I’m beat,” he said. “Obviously, we think we are in a tight race. And we think that this is going to be a close race all the way through.”

At which point he offers a coda, more wish as analysis. I think, he said, that the American people are watching these television commercials and the discussion on television and “saying to themselves, what does this have to do with me?” 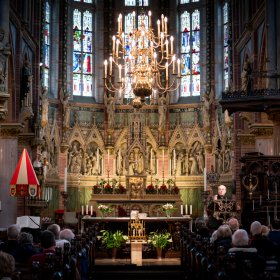 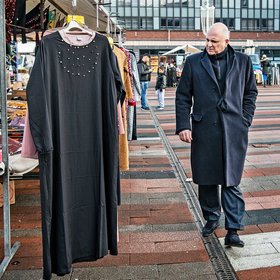 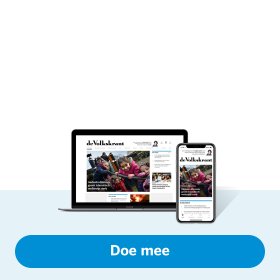