National party conventions are known as much for their nonstop partying as they are for their politics – a time for lobbyists, politicians and corporate executives to gather at lavish receptions and elegant dinners.

But this year, members of Congress attending the Democratic convention in Denver next week and the Republican gathering in St. Paul, Minn., in September are facing a more down-market prospect: bare-bones receptions where food eaten with forks has given way to finger food, where chairs have been removed and where meatballs may be served but not something heartier, like a hamburger.

And if the lawmakers want to listen to brand-name musical entertainment, they are going to have to reach into their own pockets. For a corporate event featuring the Beach Boys at the Republican National Convention, $25 is being collected in advance, and the same is true for a party featuring the disco group K.C. and the Sunshine Band.

Corporations and convention party planners are scrambling to comply with sweeping ethics rules in the Honest Leadership and Open Government Act of 2007 that prohibit lobbyists from paying for gifts, including meals and music, for members of Congress and their staffs.

The law also outlaws parties financed by lobbyists to honor elected officials. In years past, these parties were a centerpiece of convention entertaining and were seen as a way for corporations to curry favor with lawmakers.

But, in place of the old rules, confusion over what is legal has taken center stage.

Corporate lobbyists are spending as much time talking to their lawyers as to event planners to figure out how to put on a party without running afoul of the law. And party planners are trying to come up with innovative ways of providing protein to hungry conventioneers without crossing the line into an actual meal. Some lobbying groups have become so exasperated with the new rules that they have canceled events entirely.

“Trying to navigate these new rules is like trying to shoot the rapids of the Colorado River,” said Kenneth Gross, a Washington campaign finance lawyer who advises corporations and lobbyists. “Dealing with all the legal issues is proving to be a challenge.”

There will, of course, be plenty of parties, particularly at the Democratic convention, which will be a four-day festival of concerts with stars like Kanye West and Tony Bennett and a Hollywood extravaganza. While more modest in scale, the Republican convention will include jazz brunches, country music concerts and any number of hospitality suites.

A list complied by the nonprofit Sunlight Foundation, based on information collected by Quinn Gillespie and Associates, a lobbying firm, shows that there will be at least 370 parties at the two conventions, many sponsored by trade associations, lobbying firms and major corporations like Anheuser-Busch, AT&T, Bank of America, Citigroup and Eli Lilly.

As with many measures passed by Congress – especially those directly affecting the members themselves – the new ethics legislation includes an array of loopholes that has added to its Byzantine nature.

For instance, members of Congress cannot be singled out to be honored at events, but if they are members of a state delegation, the whole group can be honored. And the rules can vary for House and Senate members; senators can be “featured speakers” at events, while House members cannot. Meals, tickets to events and entertainment cannot be paid for by lobbyists, though those gifts can be accepted if provided by the Cities of St. Paul or Denver or if part of a fund-raising event is sponsored by the parties themselves.

Depending on the circumstances, breakfasts are limited to bagels, rolls and croissants, while proteins like eggs are prohibited. What is more, rules differ for events that are deemed to be “widely attended” – something that has more than 25 diverse attendees but is not a ballgame or a concert.

“People are trying to organize parties around conflicting and inscrutable rules,” said Jan Baran, a campaign finance expert at Wiley Rein, a Washington law firm. “It drives the lawyers crazy to give advice. We are having to decide if a group is a cover band, a string quartet or a name band.”

Adding to the complexity, state ethics rules also come into play. If a corporation or trade association has an event where state office holders are invited, the ethics rules of each of their states must be followed.

“Everyone is tearing out their hair because they don’t want to make a mistake,” said Carolyn Peachey, a Washington events planner who is organizing parties at both conventions. “There is page after page after page of what you can and cannot do. People want to be careful.”

Navigating the rules was no simple matter for Medtronic, a medical technology company in Minneapolis that is making its first foray into convention entertaining. The company first contacted its in-house lawyer, then consulted an outside legal expert to put on an event that would comply with the law yet still provide fun and sizzle.

The idea was to hold a reception at the company headquarters after the first night of the convention for five delegations from states where Medtronic does business.

To comply with the congressional ban on meals, the company settled on an event with “small-plate finger food” where guests would stand and mingle rather than sit, said Ron Clark, a company spokesman. In addition, Medtronic has to follow the ethics laws of the five states whose delegations were invited.

In the case of one state, the ethics laws were so complicated that the company decided not to invite that delegation. “I’m not going to mention the name of the state, but some states that we could have invited, we did not,” Clark said.

“We constructed an event that we think passes muster.”

Medtronic also decided to offer entertainment: Hot on Broadway, a touring company of “Jersey Boys,” the Tony Award-winning musical. But to avoid violating the prohibition on gifts of entertainment, Medtronic will charge members of Congress $35 to hear the nostalgic revue.

“We made a decision that members of Congress have to pay a fair market rate for the entertainment,” Clark said. “But they also seem familiar with the rules, so they won’t be insulted or find it a surprise.”

At Tamayo, a Mexican restaurant in Denver that has been hired for 16 events, Amanda Burk, its head of private parties, said a simple formula was adopted: no forks and no chairs.

Most of the regular tables are being removed, to be replaced by tall cocktail tables. The convention menu will include finger food like mini empanadas, mini sopaipillas and sushi, something that Burk admits is “outside our normal menu” but fits within the rules. “We’re trying to comply with the law and still make sure that people get enough to eat,” she said.

Peggy Beck, who runs the Denver catering firm Three Tomatoes, said she had two cancellations, including a major party from a lobbying firm that was to have featured Crosby, Stills and Nash.

“The lobbying group just got cold feet,” Beck said. “There were so many rules, they canceled. Having no plated meals and all that just puts the kibosh on things.” 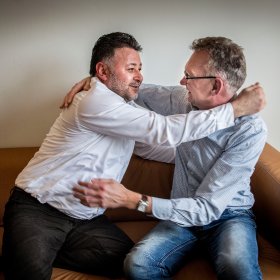 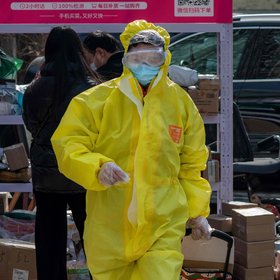 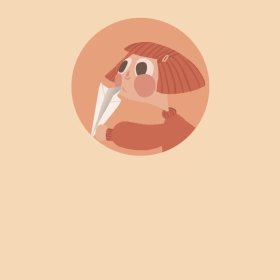 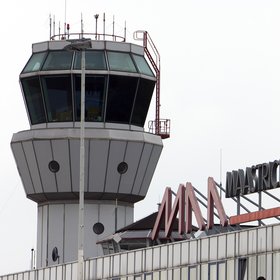