By MICHAEL FALCONE From Nytimes.com/politics Distributed by The New York Times Syndicate.)

Though Barack Obama told us – really, teased us – on Thursday that he had picked a running mate, he offered scant hints about who it is, but characterized it as a difficult decision.

Obama, the presumptive Democratic nominee, was similarly tight-lipped in an interview with CBS’s Harry Smith on “The Early Show” this morning. He outlined his criteria for selecting his still unnamed No. 2:

“The most important question is, is this person prepared to be president? Second most important question from my perspective is can this person help me govern? Are they gonna be an effective partner – in creating the kind of economic opportunity here at home and guiding us through some dangerous waters internationally. And the third criteria from me, I think, was independence. I want somebody who is gonna be able to challenge my thinking – and not simply be a – a yes person – when it comes to policies.”

Delaware Sen. Joe Biden still seems to be high on the so-called short list of vice presidential contenders, and as Newsweek’s Jonathan Alter notes, Biden’s “liabilities may be his best assets,” including his penchant for verbosity. (Alter calls him “Jabbering Joe.”)

The Times’s Elisabeth Bumiller handicaps some of the V.P. prospects for John McCain, reporting that the Arizona senator is “unlikely to select anyone who supports abortion rights.” The top contenders are former Gov. Mitt Romney of Massachusetts and Gov. Tim Pawlenty of Minnesota. McCain aides also floated the name of Gen. David Petraeus – a long shot but someone the candidate has long admired.

In a political memo, The Times’s Patrick Healy and Katharine Q. Seelye write that both candidates are increasingly trying to make a pitch to American middle and working-class voters struggling under tough economic times. They note that its “a tricky task given their own personal wealth”:

``In a new television advertisement and at an event in Virginia on Thursday, Obama seized on new comments by McCain, made a day earlier, expressing uncertainty about the number of homes he owned. (Eight, with his wife, Obama aides said; four, McCain aides said.)

``Obama advisers cast the McCain remark as politically explosive, contrasting it with the mortgage foreclosure crisis that has upended the American dream of owning even one home.

“The McCain camp swiftly countered with its own advertisement and condemnations, noting that Obama owns a ‘`mansion” – a disputable characterization – with four fireplaces in Chicago, and reviving questions about his land deal with Antoin Rezko, a businessman who was convicted in June on fraud and corruption charges.’'

The Washington Post’s Chris Cilizza offers some thoughts on why the controversy over McCain’s homes matters, writing: “In politics, there is nothing worse than appearing out of touch.”

Ad Watch: The Times’s Jim Rutenberg reports that a conservative group, the American Issues Project, is planning to roll out an advertising campaign playing up the link between Obama and Bill Ayers, the 1960s radical and Weather Underground founder.

And while we’re on the subject of fact-checking, there’s the continuing swirl around Obama’s birth certificate. FactCheck.org of the Annenberg School of Public Policy has inspected the documents and finds them to be authentic, determining that indeed, Obama was born in the U.S.A., contrary to popular Internet rumors.

In addition, the organization writes: “Of course, it’s distantly possible that Obama’s grandparents may have planted the announcement just in case their grandson needed to prove his U.S. citizenship in order to run for president someday. We suggest that those who choose to go down that path should first equip themselves with a high-quality tinfoil hat.”

Lost and Found: The Politico finds an unsigned law article from Obama’s law review years that the campaign (and Harvard) confirm was written by him.

“The six-page summary, tucked into the third volume of the years Harvard Law Review, considers the charged, if peripheral, question of whether fetuses should be able to file lawsuits against their mothers. Obama’s answer, like most courts: No. He wrote approvingly of an Illinois Supreme Court ruling that the unborn cannot sue their mothers for negligence, and he suggested that allowing fetuses to sue would violate the mothers’ rights and could, perversely, cause her to take more risks with her pregnancy.”

Convention Notes: Thousands may be descending on Denver without tickets to the big stadium speech, as they just want to be a part of something big. The Los Angeles Times recounts their excitement as travelers begin making the trek.

The Denver Post describes the DNC stage at the Pepsi Center as a giant video game that looks like a set for game shows, suggesting that its eye-popping fixtures could completely overwhelm the mere humans who appear on it.

The Wild West: Ryan Lizza of the New Yorker magazine offers another backdrop to Denver, situated in one of those Western states where Democrats, like Colorado Gov. Bill Ritter, have made inroads. Forget the South (again), some say, and shift westward to mine the growth among young voters.

And CQ Politics profiles Colorado as a hotly contested state this season.

DownBallot: No question that Mary Landrieu of Lousiana is facing a tough re-election battle. Bloomberg News profiles her Republican opponent, John Kennedy, whose chances have given the GOP hope in a year when it may lose several Senate races.

And The Times’s Kirk Johnson and Monica Davey examine how energy politics is playing out West in congressional races. 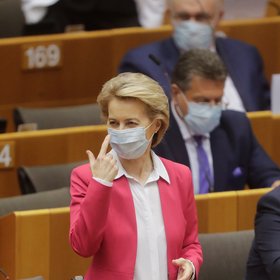 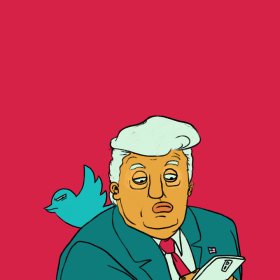