Angered by what they consider sexist news coverage of Sen. Hillary Rodham Clinton’s bid for the Democratic presidential nomination, many women and erstwhile Clinton supporters are proposing boycotts of the cable networks, putting up videos on a "Media Hall of Shame," starting a national conversation about sexism and pushing Clinton’s rival, Sen. Barack Obama, to address the matter.

But many in the news media – with a few exceptions, including Katie Couric, the anchor of the CBS Evening News – see little need for reconsidering their coverage or changing their approach going forward. Rather, they say, as the Clinton campaign fell behind, it exploited a few glaring examples of sexist coverage to whip up a backlash and to try to create momentum for Clinton.

Phil Griffin, senior vice president of NBC News and the executive in charge of MSNBC, a particular target of criticism, said that although a few mistakes had been made, they had been corrected quickly and the network’s overall coverage was fair.

"I get it, that in this 24-hour media world, you’ve got to be on your game and there’s very little room for mistakes," Griffin said. "But the Clinton campaign saw an opportunity to use it for their advantage. They were trying to rally a certain demographic, and women were behind it."

His views were echoed by other media figures. "She got some tough coverage at times, but she brought that on herself, whether it was the Bosnian snipers or not conceding on the night of the final primaries," said Rem Rieder, editor of American Journalism Review. "She had a long track record in public life as a serious person and a tough politician and she was covered that way."

Nicholas Lemann, dean of the Graduate School of Journalism at Columbia University, said: "I have not had a lot of regretful conversations with high-ranking media types and political reporters about how unfair their coverage of the Hillary Clinton campaign was."

Among journalists, he added, the coverage "does not register as a mistake that must not be allowed to happen again."

Taking aim from the inside, though, was Couric, who has herself has faced harsh criticism as the first solo female anchor of an evening news broadcast. Couric posted a video on the CBS Web site on Wednesday about the coverage of Clinton.

"Like her or not, one of the great lessons of that campaign is the continued – and accepted – role of sexism in American life, particularly in the media," Couric said. She went on to lament the silence of those who did not speak up against it.

The perception that sexism tainted coverage of the Clinton campaign – a view expressed on Internet postings and in conversations among women – appears to be gaining ground more in political circles than in the mainstream news media.

Howard Dean, chairman of the Democratic Party, who says he was slow to pick up on charges of sexism because he is not a regular viewer of cable television, is taking up the cause after hearing an outcry from what he described as a cross-section of women, from individual voters to powerful politicians and chief executives.

"The media took a very sexist approach to Sen. Clinton’s campaign," Dean said in a recent interview. "It’s pretty appalling," he said, adding that the issue resonates because Clinton "got treated the way a lot of women got treated their whole lives."

Dean and others are now calling for a "national discussion" of sexism.

Clinton may have begun that discussion in her concession speech on Saturday when she said that women deserve equal respect, along with equal pay, and that "there are no acceptable prejudices in the 21st century in our country." She was referring to what emerged as conventional wisdom during the campaign that racism is no longer tolerated in America, but sexism is.

Cable television has come under the most criticism. Chris Matthews, a host on MSNBC, called Clinton a "she-devil" and said she had got as far as she had only because her husband had "messed around."

Mike Barnicle, a panelist on MSNBC, said that Clinton was "looking like everyone’s first wife standing outside a probate court." Tucker Carlson, also on MSNBC, said: "When she comes on television, I involuntarily cross my legs."

The establishment news media were faulted too. The New York Times wrote about Clinton’s "cackle" and The Washington Post wrote about her cleavage.

Ken Rudin, an editor at NPR, appeared on CNN, where he equated Clinton with the actress Glenn Close in "Fatal Attraction." "She’s going to keep coming back, and they’re not going to stop her," Rudin said. He later apologized.

The cable networks do not reach as many viewers as the broadcast networks – 2.6 million per night for prime time news programs on cable compared with 23 million for broadcast – but their coverage is continuous, is amplified by the Internet and is seen by many people involved in politics.

"Largely, the problem was on cable and in the blogosphere and on the Internet, and that’s a relatively small audience," said Kathleen Hall Jamieson, director of the Annenberg Public Policy Center at the University of Pennsylvania. "But while it was limited, it was limited to influential people."

Still, many in the news media say that sexist episodes had little effect on the outcome of the primaries. Instead, the said, Clinton’s problem was a flawed campaign.

Keith Olbermann, the host of "Countdown" on MSNBC, said that while there were "individual, sexist, mistakes," there was no overall sexism.

Any suggestion that MSNBC "was somehow out to ‘get’ Sen. Clinton is false and unfair," Olbermann wrote in an e-mail message. "We became a whipping boy."

He said that after Feb. 5, when Clinton went on a losing streak, her campaign strategy was to blame the news media, which he said was "its only fuel."

Still, he said, there was "constant reflection and analysis at MSNBC, and I must say there was constant good faith in trying to make certain Sen. Clinton was not treated unfairly."

Many in the news media say it is important to look at the coverage of Clinton in the context of the coverage of Obama. While hers was frequently positive, his was even more so – even "euphoric," said Rieder of American Journalism Review. That may have added to the impression that the Clinton coverage was negative, he said.

Starting in mid-December, 90 percent of comments about Obama on the three broadcast networks were positive, and 61 percent about Clinton were positive, according to a study by Robert Lichter, a communications professor at George Mason University. But as Obama became the front-runner, things evened out. The study said that by the time Clinton suspended her campaign on June 7, they were getting about the same amount of positive coverage, with Obama at 48 percent and Clinton at 45 percent.

Jeff Greenfield, a political correspondent for CBS News, said that charges of sexism often came through a political prism. "Throughout this campaign, people’s perception of the press has been in line with what they wanted to happen politically," Greenfield said. "‘If my person lost, the press did a bad job.’"

For many of Clinton’s supporters, the anger over her treatment has not subsided and they are trying to take steps to minimize sexism in the future. "It’s volcanic," said Allida M. Black, the director of the Eleanor Roosevelt Papers at George Washington University and a founder of WomenCount PAC, a group that ran full-page newspaper advertisements last month urging Clinton to stay in the race.

"How do we deal with the media who many, many people feel compounded the missteps by the campaign and robbed her of any shot she might have had at the nomination?" Black said.

Some are calling for boycotts against MSNBC and CNN, and many are urging Obama, who addressed racism in a major speech, to address sexism too.

In response, the Obama campaign directed a reporter to Rep. Debbie Wasserman-Schultz, Democrat of Florida, who supported Clinton but who is now speaking for the Obama campaign. She said Obama had no specific plans for a speech on sexism, partly because he already incorporates themes of discrimination as a societal problem into his speeches.

Both the National Organization for Women and Emily’s List, which backs female candidates who support abortion rights, are generating e-mail campaigns to the cable channels when they see sexism. The networks have usually issued on-air apologies.

"We’re certainly not going to take this lying down," said Ellen Malcolm, the president of Emily’s List. She said her hope was for a national discussion to focus on "what is fair in the new political world of Internet, cable and traditional news coverage."

NOW is starting a campaign to highlight its "Media Hall of Shame," an online project in which it points to examples of sexist language.

NOW’s president, Kim Gandy, said her members would remain alert: "We’re going to keep watching because we think Michelle Obama will be the recipient of the same kind of attacks that Hillary was." 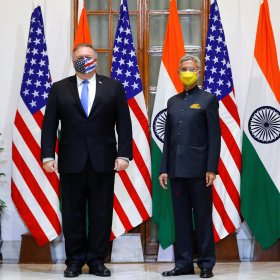