The regulations were announced last year, but have attracted almost no attention thus far in China and abroad. This week Rogier Creemers, a Belgian China-specialist at Oxford University, published a comprehensive translation of the regulations regarding the Social Credit System, which clarifies the scope of the system. In an interview with Dutch newspaper de Volkskrant he says: 'With the help of the latest internet technologies the government wants to exercise individual surveillance'.

In his view this surveillance will have a wider scope than was the case under the former East German system: 'The German aim was limited to avoiding a revolt against the regime. The Chinese aim is far more ambitious: it is clearly an attempt to create a new citizen.'

The intentions of the new system are not only economical, fighting fraudulent practices, but also moral. 'This is a deliberate effort by the Chinese government to promote among its citizens "socialist core values" such as patriotism, respecting the elderly, working hard and avoiding extravagant consumption', says Creemers. A bad 'credit code' can result in being not eligible for certain jobs, housing or credit to start a company. 'On the labour market you might need a certain score to get a specific job.'

Johan Lagerkvist, a Chinese internet specialist at the Swedish Institute of International Affairs, agrees the system is 'very ambitious in both depth and scope, including scrutinizing individual behavior and what books people read. It's Amazon's consumer tracking with an Orwellian political twist.'

In Hong Kong a spokesperson of Human Right Watch China, Maya Wang, sees 'a scary vision of the future' in the system: 'Currently there is intensive surveillance of "sensitive groups, such as dissidents, but the social credit system goes to another level. This is an effort of surveillance of all people'.

Lagerkvist questions whether the system can be put into practice easily. 'Implementation may prove tricky, due to agency turf wars and reluctance of companies to fully comply. But it is an open question, it depends how much firepower the government will give the implementation effort.'

No doubt who is in command

The German China-expert Daniela Stockmann, political scientist at Leiden University, esteems Chinese internet firms will be reluctant, as they 'are aware of privacy concerns of their users. And also they struggle with their infrastructure to process huge amounts of data.'

But Creemers is convinced Chinese Internet giants like Alibaba, Baidu and Tencent will cooperate with the government in operating the system. These companies are 'in a symbiotic relationship with the government', he argues. Wheras in the US companies like Google or Facebook show themselves fighting for the privacy of their clients against the preying eyes of intelligence agencies, in China this is not the case. There is no doubt among key players who is in command. 'Government and big internet companies in China can exploit 'Big Data' together in a way that is unimaginable in the West', says Creemers.

Chinese internet firms are definitely interested, as Ant Financial, a subsidiary of ecommercegiant Alibaba, recently showed. To its popular app Alipay it added a new service which rated a person's credit worthiness on a scale of 350 to 950 points. This score is not only determined by one's lending behavior, but also by hobbies and friends. If friends have a poor lending reputation, this reflects badly on the person, just as prolonged playing of video games. Buying diapers indicates responsibility and scores therefore well.

In the Chinese press the system has been presented as rather limited focusing mostly on financial credibility. But Creemers' study shows the government wants to evaluate behavior of its citizens in various other areas as well, with the aim of 'strengthening and innovating social governance', according to the government. Innovative will be the active contribution of citizens rating other citizens. 'Imagine a Chinese person being able to rate his doctor or his professor, as is already happening in the US. And he or she might also give a bad score to polluting companies, as the system will be applied to companies and institutions as well', says Creemers.

The far reaching scope of the system is confirmed by an explanation on the website of the scientific institute CASS (Chinese Academy of Social Sciences). As a result of its transformation in recent decades Chinese society has changed 'from a society of acquaintances into a society of strangers'. As a result moral conduct has suffered: 'When people's behavior isn't bound by their morality, a system must be used to restrict their actions'. Therefore it is time for the 'Social Credit System', which covers 'four major fields: politics, business, society and justice.'

According to professor Wang Shuqin, who is working on the new system, the mechanism for establishing financial creditworthiness, is practically ready to be put in practice. Without such a mechanism doing business in China is risky, she stresses, as about half of the signed contracts are not kept. 'Especially given the speed of the digital economy it is crucial that people can quickly verify each other's creditworthiness.' Adding non-financial factors to the system, like the 'socialist core values', she regards as a bonus: 'The behavior of the majority is determined by their world of thoughts. A person who believes in socialist core values, is behaving more decent.'

'This is the most staggering, publicly announced, scaled use of big data I've ever seen', says Michael Fertik, a Silicon Valley entrepreneur and author of The Reputation Economy. 'It certainly feels about as Orwellian as your nightmares would have it be. On the other hand, it is probably a fairly inevitable evolution - an updated, Big Data version - of the longstanding Communist Party's grading of China's citizens. It's exactly what any Command state would like to do with data.' 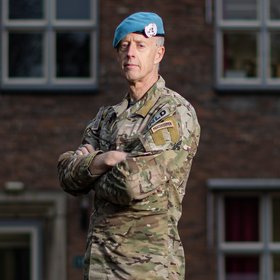