Twenty-six years after the fall of the apartheid regime in South Africa, the governing party ANC will finally investigate its own role in failing to arrive at convictions for the hundreds of murders of anti-apartheid fighters, says the ANC in a statement to de Volkskrant. It is the first time the party officially acknowledges this lack of justice and is prepared to investigate the political influencing involved in preventing prosecution of these crimes.

According to human rights investigators, the fact that for decades almost nobody was prosecuted for the murder of anti-apartheid fighters is because of a secret deal made between the party of the late Nelson Mandela and members of the former apartheid regime in the past. In exchange for reticence, the former apartheid regime agreed not to publish any incriminating statements about the crimes committed by, for example, the armed faction of the ANC.

That such a deal was discussed in the highest circles at the time, is confirmed to de Volkskrant by Jan Wagener, who was Senior State Attorney and legal adviser to the apartheid government for almost two decades.

‘Of course there were discussions in that vein’, he says. ‘If you prosecute one side you also have to deal with the other side. The groups that I represent – the former security forces – cannot be expected to just stand by and watch one after the other on their side being prosecuted and not do anything about it.’

The investigation that is now announced by the ANC may have consequences for high-ranking party members. One of the reasons for this announcement is an article published in de Volkskrant about the case of Ahmed Timol. This anti-apartheid activist was killed while in police custody in 1971 but, as was often the case in those days, his death was recorded as ‘suicide’. Joao Roderigues, the police officer involved, had been on the wanted list for many years until his daughter, Tilana Stander, betrayed his whereabouts in 2017. ‘My father is such a racist’, says Stander. ‘Whatever happens, I want the truth to be known at last.’ Roderigues is the first official of the apartheid regime to stand trial for murder after the reopening of a judicial inquiry.

After the fall of the apartheid regime, only two members of the apartheid forces have served prison sentences on murder charges. Hundreds of suspected police officers have escaped punishment, without applying for amnesty or giving full disclosure of their crimes.

The ANC now announces, in de Volkskrant, that together with a number of families involved and societal organisations, it has formed a committee to investigate the lack of prosecution and develop a plan of action. According to ANC’s general manager Fébé Potgieter ‘in order to do justice to the families of the victims of crimes from the apartheid era that remain unsolved to this day.’

Former members of the Truth and Reconciliation Commission (TRC) have also called for an investigation. In 2003, after hearing 22,000 victim statements, the committee advised to prosecute 300 cases in which perpetrators had not applied for amnesty or given full disclosure. In those 300 recommended cases, almost no perpetrators have been convicted up till now. Yasmin Sooka, a former member of the truth commission, calls this a ‘complete contempt of the rights of the victims’. She appeals to the Netherlands and other Western nations who supported the truth commission to put pressure on the government of South Africa – ‘this is crucial’ – to quickly start an independent investigation. Sooka: ‘These perpetrators must be prosecuted. Otherwise, it would make a mockery of all the work that went into this.’ 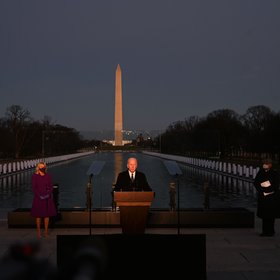