The official description of Willem Popelier's ___ and Willem talks of "identity", "representation" and "mankind's image of himself", and I suppose that's how you can read this book. I'm not sure, though, whether such an almost academic approach might not limit its appeal. I think the book has a wider appeal than merely being interesting for those interested in "mankind's image of himself". So what is ___ and Willem all about anyway?

The book starts out with portraits (head shots) of the main persons, with their names abbreviated. There's Willem ("W") and his twin brother ("P"), plus the various parents, partners, and siblings. Various of the people did not consent to have their portraits or personal information shown, so their photos are either missing or have a brown empty box over their faces. Right before these images, there is an overview of all the people in question, a total of 19, and a chronology. The latter is then repeated, using the photos, some text and diagrams. If this sounds weird, you'd have to see it. I admit, though, that as things get increasingly complex - with relationships breaking up or changing - visually the diagrams become more and more attractive. It almost seems as if everything is turning into some sort of abstract art.

For anyone other than the people in the book, you're basically looking at the complex relationships of strangers, and as the book progresses, things get more and more complex, with more and more details being filled in. And since everybody doesn't really have a name, but is represented by a single character (or two), it's not clear what one is to make of all of that.

After that, there are photos of house keys, correspondences between various parties (many of them not reproduced), which either unveil or hint at the reasons for some of the changes between the different people, other objects, and, finally, vintage/vernacular photographs of Willem and the twin brother, growing up together and then being apart (see the artist's website for some examples btw).

As viewers/readers, we don't know anything about Willem, and it's not so clear what or how much we know after having looked through ___ and Willem. We could easily take the history presented in the book and assume it wasn't real at all. Or we could take everything at face value and accept it as documentary. I actually don't think that this makes a real difference, because for me, the value of the work lies not in what it presents or documents, but rather in what we, the viewers, fill into the gaps.

Filling these gaps requires a bit of work (if that's the right word). You can't consume ___ and Willem as if it was a soap opera. You can't come back next week (or the day after) and expect to be presented with more information or with things becoming clear as something new is revealed. It's all there already; and it shows relationships in all their often messy complexities. 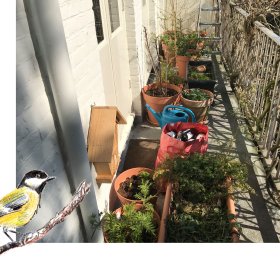 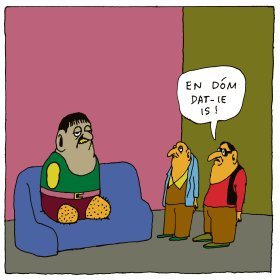